I remember in high school AP European History, learning about the idea of Deism.  Deists believed that we can know there is a God based on natural evidence: all the laws of science and things we see in nature.  But theirs is a view of a God like a clockmaker, who set the world in motion with all its logic and reason and natural laws and order, and then left the world (the clock) to operate on its own.  (And in those days, a clock left on its own would eventually wind down and have to be reset!).  In their view, God was not active in our world or concerned with our lives.

This page contains affiliate links – they don’t cost you a penny, but they sure help to pay off those student loans!  For more information, please see my disclosure page.  Also, I received a copy of this book in exchange for an honest review.  Make sure to read to the end for the giveaway!

Who is this clockmaker God?

By the time of “The Great War,” this idea had been around for more than a century (it was popular among educated Europeans and Americans in the late 18th century).  But the author of An Hour Unspent reframes and redefines this idea of a God like a clockmaker in a way that delighted me.  Barclay, a reformed thief turned government agent, watches a master clockmaker restore an old pocket watch found in a gutter.  Amazed at a God that would deign to be involved in his own life, Barclay considers that old watch.

But perhaps if one viewed God like a master clockmaker. Every cog, every gear, every spring was important. If one was out of line, no matter how small and insignificant, the entire device would fail.  Why shouldn’t the Lord love every member of humanity with the same level of care Cecil Manning had given that watch Barclay had found in a gutter?

You’ll have to suspend disbelief when you get to know this band of thieves gone straight that has adopted each other as a family…there are so many of them! But I adored them.  They reminded me a lot of Dee Henderson’s O’Malleys.  And here’s the thing…stories are more true than facts, and this family that has chosen each other may be more like God’s family than you realize.

The historical setting is well done, and it was interesting to read this alongside The Mending of Lillian Cathleen, set in the same period (Lillian takes place in 1914 USA, while An Hour Unspent starts in 1915 England).  It’s lighter, not as gripping as Lillian, which was frankly a relief.  You can’t get too heavy all the time.  And can I just say that I love anything with spies from the “old days?”  I would definitely recommend this book to anyone who enjoys historical fiction with a little bit of mystery and a lot of family.

Yes, but not the way the Deists thought. Our God, like a clockmaker, knows each of us intimately and remains active in our lives, even restoring us when we’ve been in the gutter.

An Hour Unspent is on tour with Celebrate Lit!

Once London’s top thief, Barclay Pearce has turned his back on his life of crime and now uses his skills for a nation at war. But not until he rescues a clockmaker’s daughter from a mugging does he begin to wonder what his future might hold.

Evelina Manning has constantly fought for independence but she certainly never meant for it to inspire her fiancé to end the engagement and enlist in the army. When the intriguing man who saved her returns to the Manning residence to study clockwork repair with her father, she can’t help being interested. But she soon learns that nothing with Barclay Pearce is as simple as it seems.

As 1915 England plunges ever deeper into war, the work of an ingenious clockmaker may give England an unbeatable military edge—and Germany realizes it as well. Evelina’s father soon finds his whole family in danger—and it may just take a reformed thief to steal the time they need to escape it. 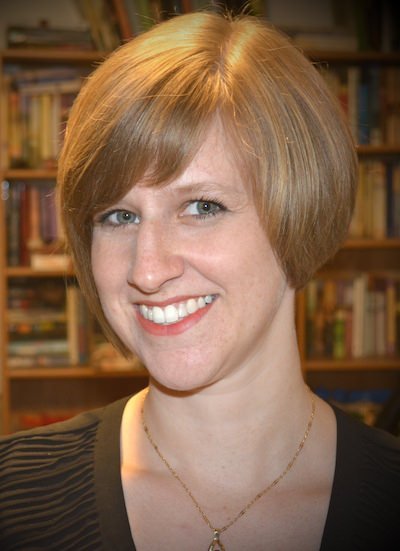 Roseanna M. White is a bestselling, Christy Award nominated author who has long claimed that words are the air she breathes. When not writing fiction, she’s homeschooling her two kids, editing, designing book covers, and pretending her house will clean itself. Roseanna is the author of a slew of historical novels that span several continents and thousands of years. Spies and war and mayhem always seem to find their way into her books…to offset her real life, which is blessedly ordinary. You can learn more about her and her stories at www.RoseannaMWhite.com.

Last year, as I finished up the writing of An Hour Unspent, my great-grandmother passed away at the age of 103. As I sat at her funeral service and listened to the heartfelt memorial raised up to her by her kids and grandkids, I realized anew that this woman had been a matriarch in the truest sense of the word. She’d taught my family for generations how to love the Lord and each other, how to serve the Lord and each other, and how to trust the Lord and each other. Grandma Seward was, in so many ways, the one who instilled in me my idea of what family really is.

That idea—that it’s those knit together by love more than blood, and that faith is the strongest foundation—is what I built my unusual family of thieves upon in the Shadows Over England series. And strange as it is to liken my twenty-something reformed-thief hero to my 103-year-old-grandmother, Barclay Pearce is very much to his family what Maxine Seward was to mine.

The founder. The caregiver. The leader.

I knew as I began the series that I would write about Barclay in book three, and as I got to know him better throughout the series, I grew so excited to share his story! This is a man who led his family first into and then out of a life a crime, always for the right reasons—so he could provide for the children under his care. All he ever wanted to do was give them what he himself had lost. To show them love. To prove to them that they were worth any sacrifice.

It was truly a blessing for me to get to write the story in which Barclay found someone to come alongside him, to appreciate and learn to understand him. To finally share what started him down this path. I loved the idea that only a reformed thief could steal the time another family needed to overcome their own trials.

There are many historical items in the book that were such fun to explore—watchmaking of the era, the suffrage movement in England, technological advancements of the war—but at the heart, this isn’t a story about any of those.

It’s a story about how far people should go for love. I hope you enjoy Barclay’s story as much as I did!

The Power of Words, October 30

Where Faith and Books Meet, October 31

Reading Is My SuperPower, October 31

Among the Reads, November 1

Reflections From My Bookshelves, November 3

Inspirationally Ever After, November 3

Life with the Tribe, November 4

Have A Wonderful Day , November 9

With a Joyful Noise, November 9

Proud to Be an Autism Mom, November 12

To celebrate her tour, Roseanna is giving away a grand prize of a signed book, a London mug, and a 48-pack Twinings tea sampler!!

Be sure to comment on the blog stops for nine extra entries into the giveaway! Click the link below to enter. https://promosimple.com/ps/d570/an-hour-unspent-celebration-tour-giveaway 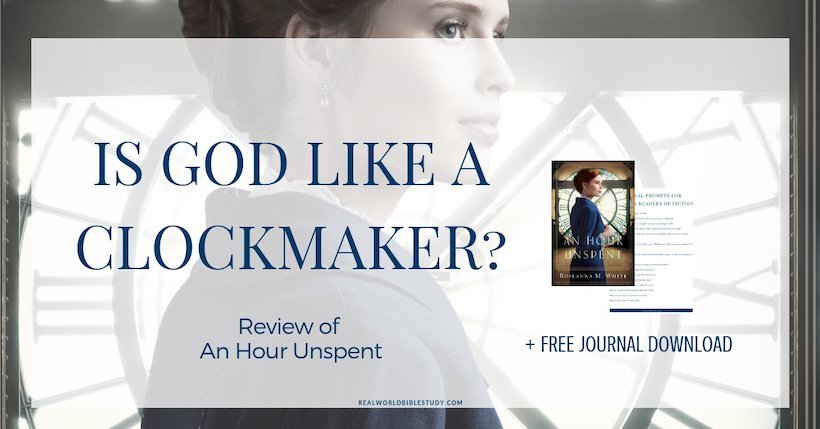 « What if it’s too late to forgive?
3 Confessions of a Biased Reviewer (Chosen People Review) »