Trust is a difficult thing.  It’s something I struggle with – trusting God, trusting people.  When you’ve been betrayed enough times, you put your guard up. It’s not that you don’t love people, or that you don’t realize people sometimes make imperfect promises; it’s something different, a bridge that’s hard to cross.  That’s me.

This page contains affiliate links – they don’t cost you a penny, but they sure help to pay off those student loans!  For more information, please see my disclosure page.  Also, I received a copy of this book from Celebrate Lit in exchange for an honest review. 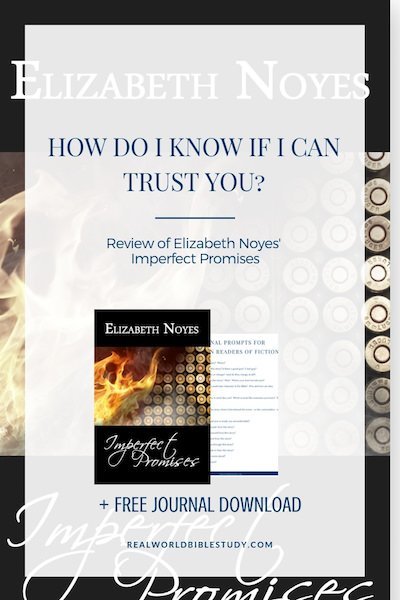 And that’s Shea Townsend.  She’s been betrayed, over and over again.  By her mother, who skipped town when she was twelve.  By her father, whose mental illness towards the end of his life caused him to reject her.  By her best friend and the man she thought she would marry.  And even by Jonas, who took off for parts unknown without a word last year.  Shea isn’t ready to trust.  She sure isn’t ready to trust someone with secrets.

And Jonas has secrets. Secrets he can’t share, from his time in Army Special Operations.  And secrets he won’t share, of the things he saw in the field.  Nightmares that follow him into the days.

It will take an arsonist, a puking socialite, an almost-smothering community, and a homegrown terrorism plot to bring these two together.

What I Loved About Imperfect Promises

I love Shea’s approach to the things that terrified her.  She is one tough cookie – in ways you wouldn’t expect.  Rather than letting herself be the broken victim, she takes matters into her own hands to change things.  I love her willingness to reconcile.  I love the community that surrounds Shea and Jonas, how they pull together, small-town style, and the small town antics that seem so foreign to me.  And I love that I hadn’t figured out whodunit before Shea met the aggressor.

What I Didn’t Love About Imperfect Promises

Would I Recommend Imperfect Promises?

Yes.  You’ll enjoy this book if you like romance and suspense.  It’s not heavier on one than the other…so if one of those isn’t your thing, this book might not be either.  Also, if PTSD and nightmares are going to be a trigger, you may want to stay away (Although the last time I thought a book would be a trigger I was really glad I read it.  So that will have to be your call). It’s not preachy and was quite enjoyable.  I’m looking forward to going back at some point to read the other books in the series.

Imperfect Promises is On Tour with Celebrate Lit!

Former Special Forces operative, Jonas Cameron, traded his past and his service for his family back in Idaho and the ranch he loves. But ghosts have a disturbing way of not staying where you leave them.

Shea Townsend is on her way to becoming a chef extraordinaire until her father’s illness pulls her from culinary school and back to Montana to care for him. After his death, disinherited and alone, she sets out to make a new life for herself, one which may or may not include the too-alpha, too-sexy Jonas Cameron.

Jonas learns of a homegrown terrorist threat against him and his family at the same time a mysterious stalker sets his sights on Shea. Determined to neutralize both dangers, Jonas calls on old friends for help and draws upon his own very specialized skill set to end the menaces to Shea and himself.

As the danger escalates, secrets are revealed and the truth emerges in a deadly cat and mouse game with Shea caught in the middle.

Fast-paced action. Heart-pounding adventure. This is not your ordinary romantic suspense story! 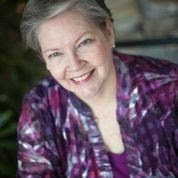 Elizabeth Noyes—professional writer, aspiring author, dedicated dreamer—lives in the suburbs of Atlanta with her husband and best friend, Paul, who listens tirelessly while she regales him with all the tales in her head of damaged, but very human characters clamoring to be heard.

A native of the Deep South, she claims to still “speak the language,” even after traveling around the world for most of her adult life. Recently retired from a career as a professional business writer and editor, she now fills her days editing, critiquing, reading, playing with the grandkids, learning more about Social Media than she ever wanted, and putting her stories into words to share with others.

The Imperfect Tie Between Characters, Themes, and Titles

I love reading across all genres. If it’s well- written, I’m an easy catch. What I don’t like is when fictional characters are portrayed as model-worthy with perfect looks, perfect physiques, and perfect personalities. Yuk! I’ve never met a perfect person.

To quote Mark Twain, “The only difference between reality and fiction is that fiction needs to be credible.”

I want characters with the same flaws as you and me—judgmental, short-tempered, guilt-ridden, egotistical, defiant, withdrawn, too-skinny, compassionate, couch potatoes, foolish, silly, serious, low self-esteem, arrogant, hurt, guilty, deceiving, generous… in other words, real people. These are character traits I relate to, and they come alive on the pages, giving hope that we can also learn from our mistakes and grow into something better.

The characters in the Imperfect Series let themselves and others down.

They struggle with life issues, make poor decisions, grieve over mistakes, and then pick themselves up and go on.

In Imperfect Wings, guilt and low self esteem plague TJ, while her male counterpart, Garrett, struggles with anger issues. In Imperfect Trust, yeah, trust was a problem for both Lucy and Wade. With Imperfect Bonds, Cassidy fights for her sister’s forgiveness as she deals with feelings of inadequacy … both of which carry over into her relationship with Derek. In Imperfect Lies—yep, another obvious theme. Lies from the past come back to haunt Mallory and James.

In the final book of the series, Imperfect Promises, the main male character, Jonas, is by nature a control freak. He suffers from guilt over a perceived failure when at his deepest core he is a protector and perfectionist. Shea, the female protagonist, rose from the ashes of a devastating childhood to forge a new life for herself. Both discover that promises made to themselves and to others can’t always be kept. Despite best intentions, life sometimes gets in the way.

Because I said so – adventures in Parenting, September 30

proud to be an autism mom, October 8 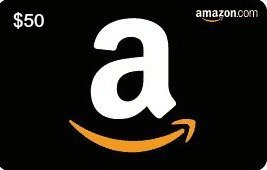 To celebrate her tour, Elizabeth is giving away a grand prize of a $50 Amazon gift card!!

Be sure to comment on the blog stops for nine extra entries into the giveaway! Click the link below to enter. https://promosimple.com/ps/d296/imperfect-promises-celebration-tour-giveaway

« How to Use Storytelling for Better Bible Study
Where Was God When I Was Hurt? (Delayed Justice Review) »