At this point, I think most of us have known someone that seemed impossible to forgive.  The hardest to forgive, for many of us, might be those in a position of trust and leadership over us.  Our pastors, leaders, parents.  When someone we love and trust to guide us the right way betrays us, it hurts far more than rejection.  We wonder if everything they said, everything they did, was a lie.  Maybe even what they said about God.  They’ve done so much damage, it’s easy to wonder if it’s too late to forgive them.

This page contains affiliate links – they don’t cost you a penny, but they sure help to pay off those student loans!  For more information, please see my disclosure page. Also, I received a copy of this book in exchange for an honest review.

Luke doesn’t even wonder.  His father was a preacher who cheated on his mom, and his mom died of a broken heart. When Luke found out as a young adult what his father had done, he left home and never looked back.  He probably never quit believing in God…he just didn’t want anything to do with him.  Church?  No way.  Meeting Kerry and her crazy family will force him to reexamine everything he thinks about God, church, and Christians.  But it’s too late to forgive his father after all these years.  Or is it?

Shadows of Suspicion is a neat little Christian romantic suspense. I enjoyed reading it and getting to know the characters; I enjoyed going on Luke’s journey as he worked through the grief of unforgivable offenses.  I really want to be able to recommend this book, because the writer tells a good story.  I keep reading the Shadows series because I want to know what happens to the next sibling in this crazy awesome family.

Unfortunately, like Shadows from the Past, this book has some surface-level issues that make it hard to read.  If I didn’t commit to reviewing it, I probably wouldn’t have finished.  The writer overdoes the explanation and backstory…it can tend to drag on and get disconnected from the plot.  You may have to suspend disbelief on the secret-agent careers, but I can get over that.  The biggest issue isn’t the writing itself, but some formatting/editing issues.  There isn’t a visible break between scenes, so it’s easy to get confused about whose head you’re in…think “mental whiplash.”

The great news is that these are all things that can be helped by a good editor.  As I am discovering in the process of writing my own book, the self-publishing world lets any writer break into the market, but the disadvantage is having to figure out editing (and lots of other things) for yourself.  I have so much respect for a writer who has put her heart on the line with all her hard work and put herself out there.  Ashley, I would love to help be a part of your next project.

Author Ashley Dawn was born and raised in rural Arkansas where she developed her love for writing while helping in her parent’s office. She graduated with an accounting degree from the University of Central Arkansas but is currently working as a legal assistant.

Ashley has been writing professionally for the past twelve years and has four published books. Her Shadows Series include Shadows From The Past, Shadows of Suspicion, Shadows of Pain, and Shadows of Deception. She is currently working on multiple projects including the fifth in her ‘Shadows’ series entitled “Shadows in Black and White” and also a standalone suspense titled ‘One of Their Own’. She an­­d her family make their home in Texas.  You can find her on Facebook, Twitter, and at www.ashleydawn-author.com. 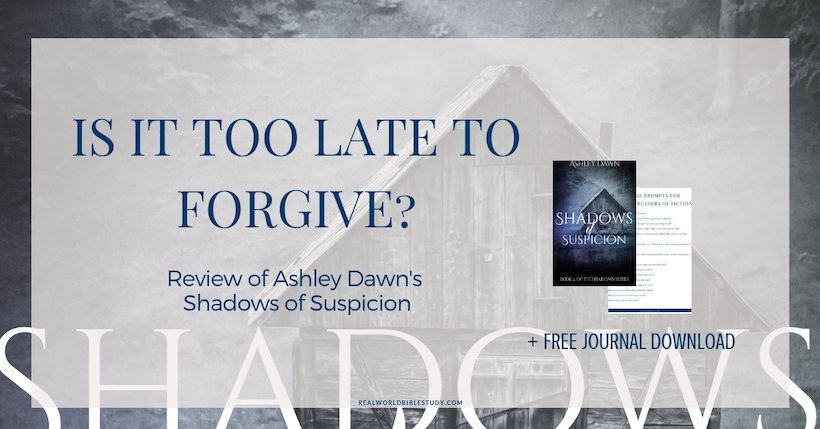 « 9 Tips for When Waiting Well Feels Impossible
Is God like a clockmaker? »