Jaime is surrounded by Christians.  Her friends, her former law school advisor…even the neighbor with the dog that got into a tussle with her cat.  But she can’t believe in God.  How could a good God let her be repeatedly abused by her uncle as a child…and leave her with emotional scars twenty years later?  When she decides to finally press charges against her uncle, everything comes back.  The emotions, the fear, the questions.  Where was God when I was hurting?  Where was God when I was scared, abused, too afraid to tell my parents? 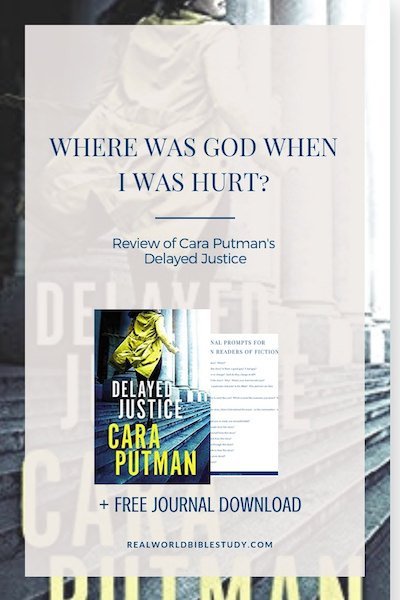 This page contains affiliate links – they don’t cost you a penny, but they sure help to pay off those student loans!  For more information, please see my disclosure page.  Also, I received a copy of this book in exchange for an honest review.

Yet she longs for hope.

For relationships that don’t have this terrible secret in the background.  For the chance to heal, and maybe not walk with that “pronounced limp of brokenness the rest of her life.”

Cara Putman’s Delayed Justice really resonated with me.  At one point Jaime is emotionally exhausted enough to want to avoid “the lions’ den of friendship” even though she is desperate for community.  I’ve so been there.  I loved being a part of Jaime’s journey towards trusting people by sharing her story.  I love how she begins to heal when she helps a little girl with a similar experience.  I love the way the author incorporates the Narnia story without it feeling overdone or fake, and the way her friends’ faith has clearly rubbed off on her without her feeling smothered or pushed.  Jaime’s journey felt real to me in a way that is hard to pull off.  And I could see in her story pieces of my own…and so many others I’ve known.

This was a legal suspense with the intellectual challenge to keep me engaged, but it’s also a beautiful story of healing and reconciliation.  I highly recommend this book.  And yes, I just one-clicked the previous book in the series.

Where was God when all these things were happening?  He was there, crying with you.

Delayed Justice is on Tour With Celebrate Lit!

She had long given up the desire to be loved. Now she only needed to be heard. 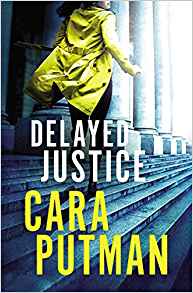 Jaime Nichols went to law school to find the voice she never had as a child, and her determination to protect girls and women in the path of harm drives her in ways both spoken and unspoken. As Jamie, now a criminal defense attorney, prepares to press charges against someone who wronged her long ago, she must face not only her demons but also the unimaginable forces that protect the powerful man who tore her childhood apart.

Chandler Bolton, a retired veteran, is tasked with helping a young victim who must testify in court—and along with his therapy dog, Aslan, he’s up for the task. When he first meets Jaime, all brains, beauty, and brashness, he can’t help but be intrigued. As Chandler works to break through the wall Jaime has built around herself, the two of them discover that they may have more to offer one another than they ever could have guessed—and that together, they may be able to help this endangered child.

This thrilling installment of the Hidden Justice series explores the healing power of resolution and the weight of words given voice. And as Jaime pursues delayed justice of her own, she unearths eternal truths that will change the course of her life.

Since the time she could read Nancy Drew, Cara has wanted to write mysteries. In 2005 she attended a book signing at her local Christian bookstore. The rest, as they say, was history. There she met a fellow Indiana writer Colleen Coble. With prompting from her husband, Cara shared her dream with Colleen. Since those infamous words, Cara’s been writing award-winning books. She is currently working on book 30 and 31.

Cara Putman is an active member of ACFW, and currently serves on its Executive Board. She has also been the Indiana ACFW chapter president and served as the Area Coordinator for Indiana.

Cara is also an attorney, lecturer at a Big Ten university, active in women’s ministry, and all around crazy woman. Crazy about God, her husband and her kids that is. She graduated with honors from the University of Nebraska-Lincoln (Go Huskers!) and George Mason Law School, and Krannert School of Management. You can learn more about Cara at www.caraputman.com

Delayed Justice was a hard story to write.

I’d known from Beyond Justice that Jaime had a hard story, but I wasn’t sure exactly what it was. She tried to hide from her past. She tried hard, but in the end it slowly spilled out. A young girl wounded deeply by someone who should protect her. And now as a professional young woman, Jaime is still fighting the shadows.

She believes she’s okay, or as okay as she’ll ever be.

Instead, she has to learn that there’s so much more waiting for her. Freedom from the chains of a past she didn’t choose. A love that will never end. And a God who has always loved her even when she questions His existence because of her past.

I think we’ve all lived that. There’s a place in our hearts that seems beyond His reach. For some of us, it’s a barrier to knowing Him. To others of us, it makes us question what we thought we knew about God. And for others of us, it presses us deeply into Him. Jaime’s book, Delayed Justice, explores this space. The space where some days we scream at the heavens Where are you, God? And the days we just curl into ourselves because life is too hard.

And in that space of shadow and light, God ultimately shines brightest. This is a truth that is slowly revealed through friends and The Lion, Witch, and the Wardrobe.

The Power of Words, September 29

Where Faith and Books Meet, October 1

Because I said so – adventures in Parenting, October 2

Reading Is My SuperPower, October 3

Lights in a Dark World, October 3

Spoken from the Heart, October 4

At the Fence, October 10

proud to be an autism mom, October 11

Little Homeschool on the Prairie, October 12

Have A Wonderful Day, October 12 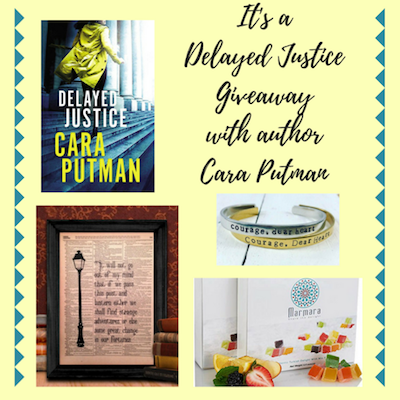 To celebrate her tour, Cara is giving away a grand prize package that includes a Courage Dear Heart bracelet, a The Lion, the Witch and the Wardrobe print, a copy of Delayed Justice, and a box of Turkish Delight!!

Be sure to comment on the blog stops for nine extra entries into the giveaway! Click the link below to enter. https://promosimple.com/ps/d5c4/delayed-justice-celebration-tour-giveaway 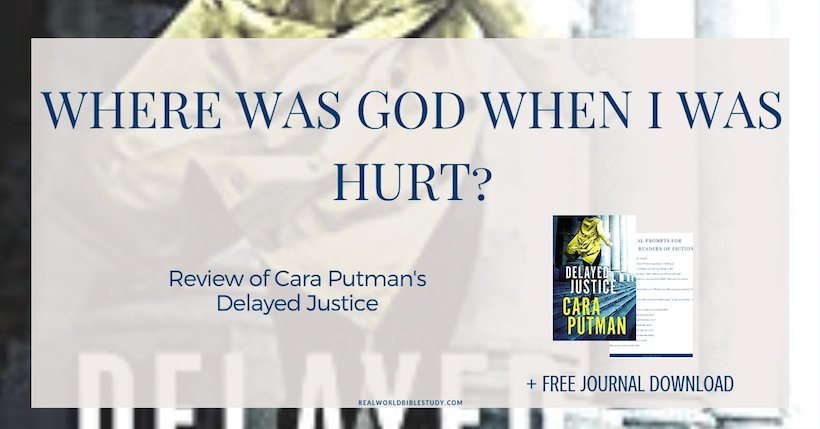 « How Do I Know if I Can Trust You? (Imperfect Promises Review)
Have you lost faith in God? (Indivisible Review) »